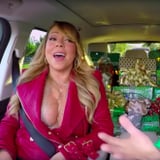 James Corden really knows how to make our holiday dreams come true. Last December, the Late Late Show host decided to give the world the best Christmas present when he debuted a new Carpool Karaoke featuring Mariah Carey. In addition to the legendary singer driving around town with James to help him with his Christmas shopping, the two belt out her classic hit “All I Want For Christmas Is You.” But that’s not even the best part. A little over 40 seconds into the video, you realize that James got a handful of his Carpool Karaoke guests to sing the song with him throughout the year, resulting in one amazing mashup. Not only does Adele get totally into it, but Lady Gaga, Selena Gomez, Gwen Stefani, Demi Lovato, and “Saint” Nick Jonas also deliver. This video may be from 2016, but it will be the gift that keeps on giving every single year.

The POPSUGAR Editors’ Gift Guide Is Here! Find Perfect Presents For Everyone in Your Life 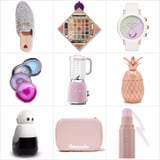 It’s time to dive into the holiday season! Here at POPSUGAR, we have been preparing for months. Our editors came together to curate the site’s annual gift guide – this year, it’s better than ever. Prepare to shop through the hottest presents for your parents, siblings, significant others, coworkers, and BFFs. We hand-picked everything, so we guarantee these goodies will be a thrill to unwrap.

Related
101 Gifts Your Best Friend Will Obsess Over

The yearly gift Steve Harvey gave to the teacher who said he'd never be on television https://t.co/Dx7Dl95Lbw pic.twitter.com/ZtY0K3QY2z

When she saw what Steve had written, she not only thought it was ridiculous, but even went so far as to call up Steve’s mother to say he had been a ‘smart aleck’ at school.

After the cut he reveals the gift he gave to the teacher….

Many years later, after Harvey had found success in the entertainment industry, he still thought about that sixth-grade teacher.

“Every year when the teacher was living, I used to send her a TV for Christmas,” Harvey says. ”’Cause I wanted her to see me.” 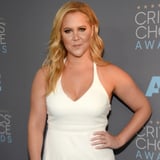 Amy Schumer might be the best gift-giver ever. On Monday, the comedian revealed that she bought her father Gordon Schumer’s farm back for him for Christmas. “Video from the farm when I was running away in the cornfield and my dad was taunting me because I wanted him to come with me,” she captioned a home video of her younger self. “We lost the farm when we lost everything else. But today I got to buy it back for him.” She also shared a sweet snap of her FaceTiming her dad with the caption, “Today I bought my fathers farm back.” After her father was diagnosed with multiple-sclerosis when she was just 12 years old, the family ended up going bankrupt and lost the farm – but now all of that has changed. Who else thinks Amy deserves a best daughter award?

Related:
Amy Schumer Hooks Her Dad Up With the “Love of His Life” (AKA Goldie Hawn)
9 Amy Schumer Quotes That Are So Beautiful, We Made Them Into Posters

What have we here? Michelle Rodriguez on Friday a major shopping in Beverly Hills, but were all the products for themselves or for someone special? someone special, we hear her boyfriend spindle trade Cara Delevingne ! Even if their lip-lock just a one time thing, was how cute they are in matching outfits! to get on Michelle! LOLz!